Bloggers have addressed “Hygral Fatigue” and offered information on its causes, effects, and solutions. This has increased consumer awareness and highlighted the need to manage over-watering of the hair fibers. On the other side, certain bloggers have also provoked debate about the term (Hygral Fatigue), as well as its origin and application.

The main reason for this article is to discuss what Hygral Fatigue is and whether or not the term is relevant to hair.

Is hygral fatigue a scientific term?

Does hygral fatigue ever occur to hair during showering, cleansing, or rinse-off stages?

Does hygral fatigue cause damage to hair fibers?

We found answers to these questions and in this blog, we summarize some of our findings.

What is Hair Swelling?

Hair is made of keratin protein and has a natural propensity to absorb water from its environment. Hair moisture content varies considerably depending on the health and relative humidity of the outside environment. High humidity levels can cause hair to uptake up to 30% of its initial mass in moisture known as “Hair Swelling.” However, on drying, the same hair desorbs water (De-swell).

So, water molecules are constantly moving in both directions through the hair, benefiting from this property. Hair water interaction is also crucial, since water is used for regular hair care, including shampooing. Our hair is subjected to a “High-Water Condition” at least once every day during the washing and rinse-off processes. Hair contains different chemical bonds holding the protein chains together e.g. covalent bonds, ionic bonds, and hydrogen bonds, which are responsible for hair’s mechanical strength.

Hair proteins are weakened by water molecules, which dissolve or break the ionic bonds and “Hydrogen bonds” of hair proteins. That is why the popular phrase “Wet hair is weak” is true. Furthermore, the build-up of water inside the hair shaft can cause a lot of stress, making our hair even more fragile. This issue has been extensively debated in the scientific community and published data is accessible to readers. Various terms are used for this; Osmotic pressure in hair, hygrostress, hygralstress, or hygral fatigue.

Different materials have varying degrees of inherent moisture/water absorption. This is a common occurrence, as leaving table salt outside in damp conditions causes it to become rocklike and wet. The water-holding capacity differs for these materials, depending on the surrounding humidity. This phenomenon of absorbing water molecules from the air is known as “Hygroscopy” and the materials exhibiting this water-holding ability are called “Hygroscopic”. Here, the word “Hygro” stands for water.

Fiber scientists have extensively examined fiber-water interactions. Wool fiber is another natural protein fiber having very similar chemical and physical properties. When water is absorbed by the hair or wool, they expand in diameter and length. The term “Hygrostress”1 or “Hygral Expansion”2 has been used in published literature for wool describing the fiber absorption of water. The hair industry took the same concept and coined the term “Hygral Fatigue” which explains the same water absorption phenomena in human hair.3-6

It’s an evolution process, and it takes time to adapt a scientific term. Hair science has a very close association with wool research. The latter has inspired hair scientists to explore the similarities between wool and hair. Hair scientists have brought a lot of basics from the wool research, which also includes terms. One such term is hygral fatigue, which hair scientists have frequently used in published literature to discuss the water absorption of hair and changes in hair properties induced by this absorption. You can find additional reading suggestions in the bibliography and further study sections below.

We conclude that Hygral Fatigue is a scientific phrase, well defined, and utilized by hair scientists after reviewing this material. It highlights the stress/fatigue caused by water molecules on absorption.

Hair-Water Interaction; Why is it so important?

Water interaction with hair has been widely examined.7-8 The primary reasons for the deep interest of hair researchers in this area are:

Washing our hair is another regular source of Hair-Water interaction. Hair undergoes a High-Water environment during showering or bathing.

The above two circumstances affect hair cosmetic properties and characteristics. Regular swelling, and de-swelling, and exposure to high water conditions make hair frizzy, rough and strip off its natural hair conditioning lipids. Furthermore, it has an impact on the absorption or penetration of active substances such as conditioners, proteins, oils, and fiber-strengthening polymers. That is why hair scientists and a lot of literature has been published in major cosmetics, dermatological, and fiber physics journals regarding water’s interaction with hair.

Is It True That Shower/Bath Conditions Can Cause Hygral Fatigue?

Is hygral fatigue possible during showering, cleansing, or rinse-off stages?

The simple answer is, YES.

In a specific study for this question, natural virgin hairs were soaked in de-ionized water for only 5 minutes and the coefficient of friction was measured using Atomic Force Microscope (AFM). It is measuring the friction to drag a weight cell on a single hair fiber for a measured distance length. The results show that the friction coefficient increased for soaked virgin hairs.9-10 The same experiment for chemically treated damaged hair also showed an increase in friction coefficient.  This is an excellent illustration of what happens to hair during showering and bathing conditions. One consumer would typically stay in the shower for 5 minutes, and the test revealed that this duration is enough for the hair cuticle to open up and water molecules to penetrate.

For further details about this experiment, read the above-cited paper and book section.

Does hygral fatigue cause damage to hair fibers?

Cuticles are the outermost layer of hair and the first point of contact with water. Water absorption opens up cuticle pores and directs the water flow. Smooth and well-aligned cuticles, less mechanical force would be required to comb. One of the first analytical methods used by hair scientists to evaluate hair quality has been hair combing. The truth is that “wet hairs are difficult to comb. The combability of hair is the measurement of the force needed to comb a set amount of hair fibers.

According to the literature review, the combing technique has been utilized extensively.The very first paper we found in the Journal of Society of Cosmetics Chemists was published in 1963 that discussed the technical aspects of the analytical methodology.11 The examiner measured the friction on the hair surface under different experimental conditions. The results demonstrate that water absorption (wet hair) offers more friction compared to dry hair.

Furthermore, various other reports have been published discussing the reasons for this difficulty in wet combing.12-16 The results are consistent in highlighting that wet hair is difficult to comb. The argument has been whether the disruption in the cuticle layer comes from either deswelling or swelling, leads to a rough outer surface of the hair shaft.

Hair is an amazingly unique natural fiber. Its chemical structure and physical properties have been fascinating to fiber scientists. Being protein made, hair has a natural tendency to absorb moisture from the surroundings. This causes hair swelling with an increase in the hair diameter. This is a reversible process as hair may lose water or de-swell during drying. However, overwatering or frequent exposure to moisture/high humidity conditions can cause significant hair damage. Spring Haircare: How to Switch Up Your Hair Regimen for the Season How to Make Your Hair Curlier: The Best Tips and Tricks Postpartum Curly Hair Loss and How to Recover 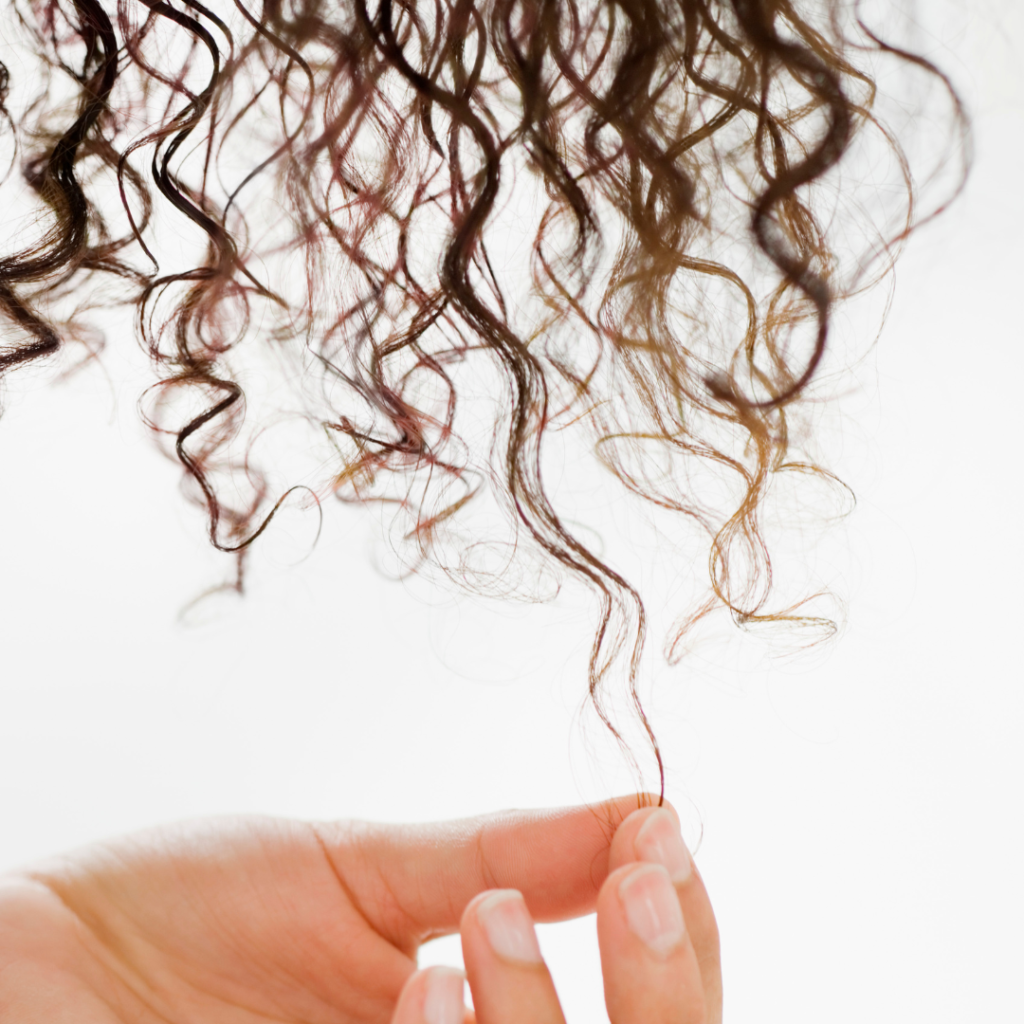 How to Avoid Getting Single Strand Knots

« The Role of Proteins in Haircare

Humectant Vs Anti Humectant: Discover When To Use Them

You know that feeling when your hair just won’t cooperate? You’ve tried every styling product under the sun, but your locks still look like a frizzy mess.

If you’re dealing with humidity, the answer might be to use a humectant or an anti-humectant.

But what’s the difference between these two types of ingredients? And when should you use them?